Further down the time-worn tunnel from the Vault of Underground Anthropological curiosities resides this archeological trove from before this current internet age, of collected published art and paper ephemera out of the era of the alternative press and printed word. 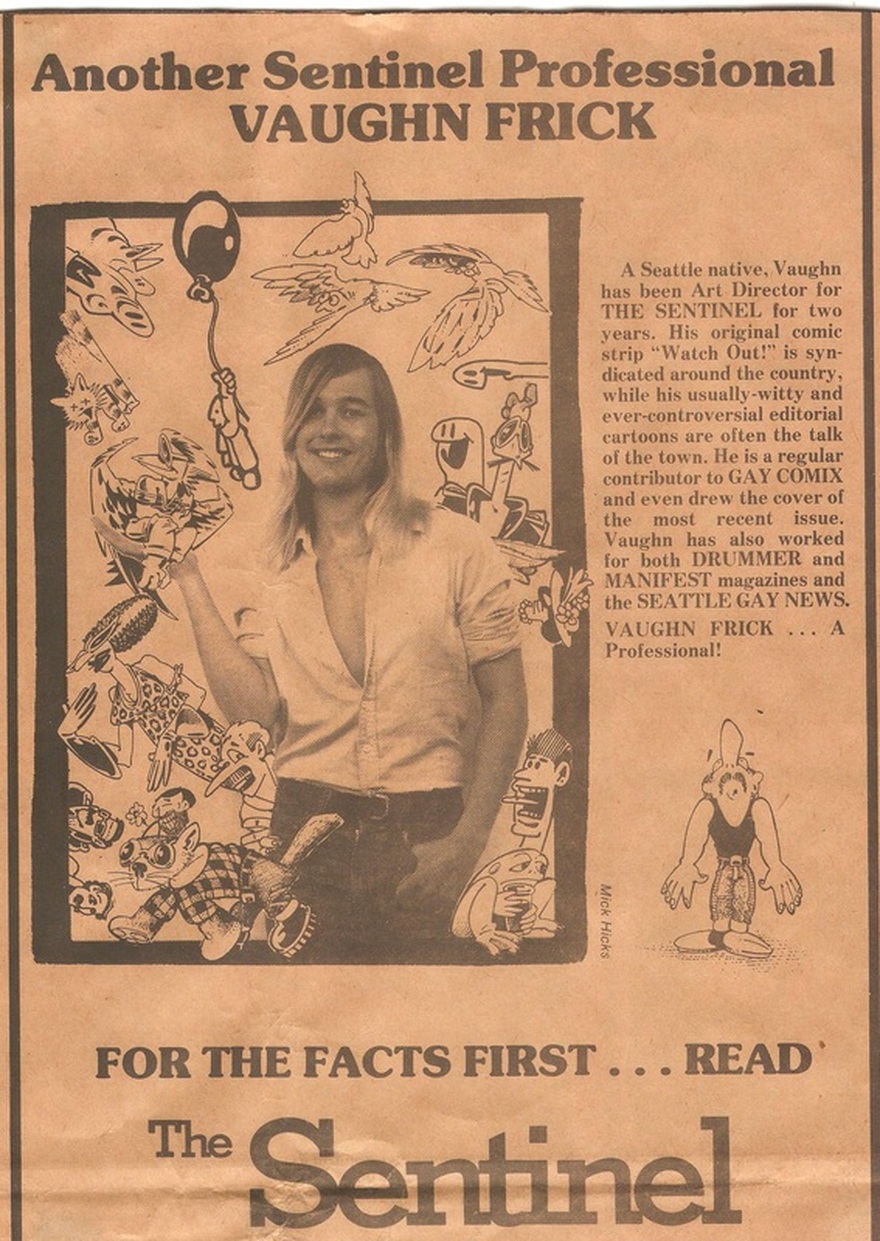 A great work of mine lately has been to sort through and scan years of collected printed work I had squirreled away. I quickly understood that there was far too much material to add into the Vault of Underground Anthropological Curiosities, so I'm putting together this side page to showcase some forgotten gems from yesteryears funny pages. Such as the above promotional advertisement from my days working at the San Francisco Sentinel newspaper during the early 1980's. 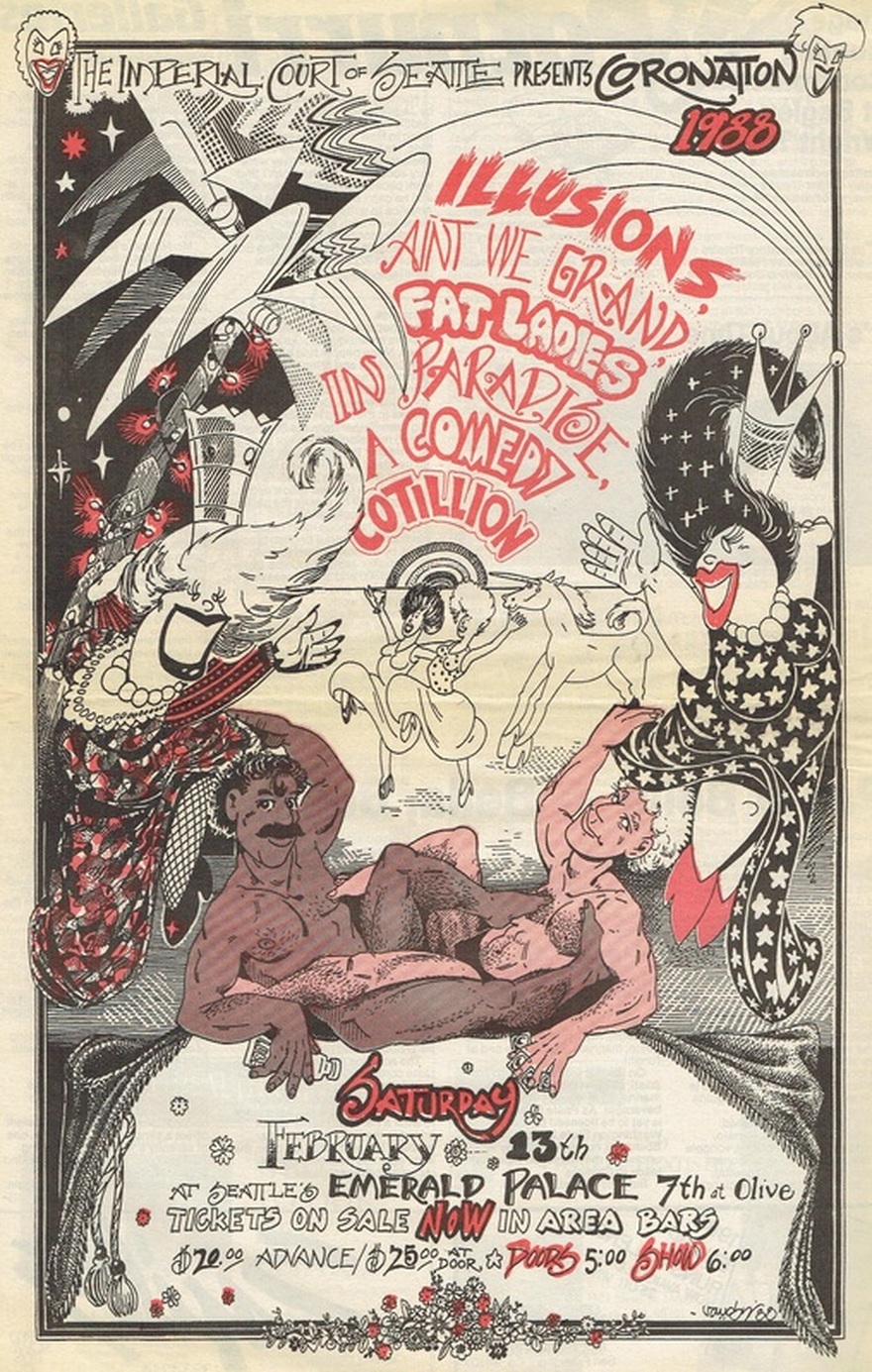 This above advertisement for the 1988 Imperial Court of Seattle annual coronation ball was published in the Seattle Gay News. The Imperial Court is a national network of drag performers who organize to throw big shows and charitable events for the Gay community, including several generations of drag queens. The Imperial Court still drags on today in a diminished state from it's former star of prominence in the GLBTQ community. I was fairly happy with this poster, solidifying several artistic styles that I still use today.

PDXS was a radical music and politics newspaper published in Portland, Oregon. This was were I first published the "Portland Bird" comix strips archived in the "Vault of Underground Anthropological Curiosities." page . I contributed a few cover illustrations and full page comix from 1992 till 1998. Below is a cover for an article about the arch reverend Billy Graham. The chickens in the nest were based on three Oregon anti-Gay activists operating out of the "Oregon Citizen's Alliance," and organization by and for homophobic crackpots. 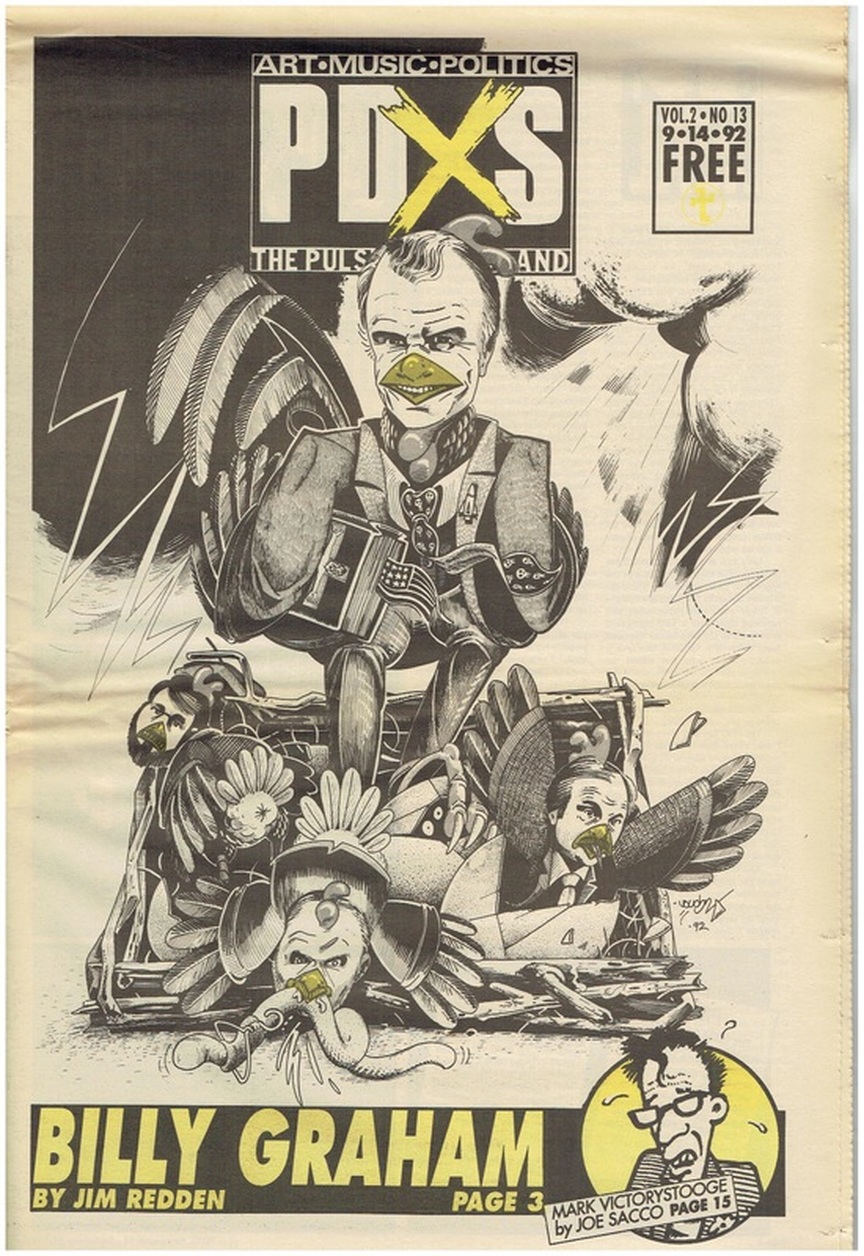 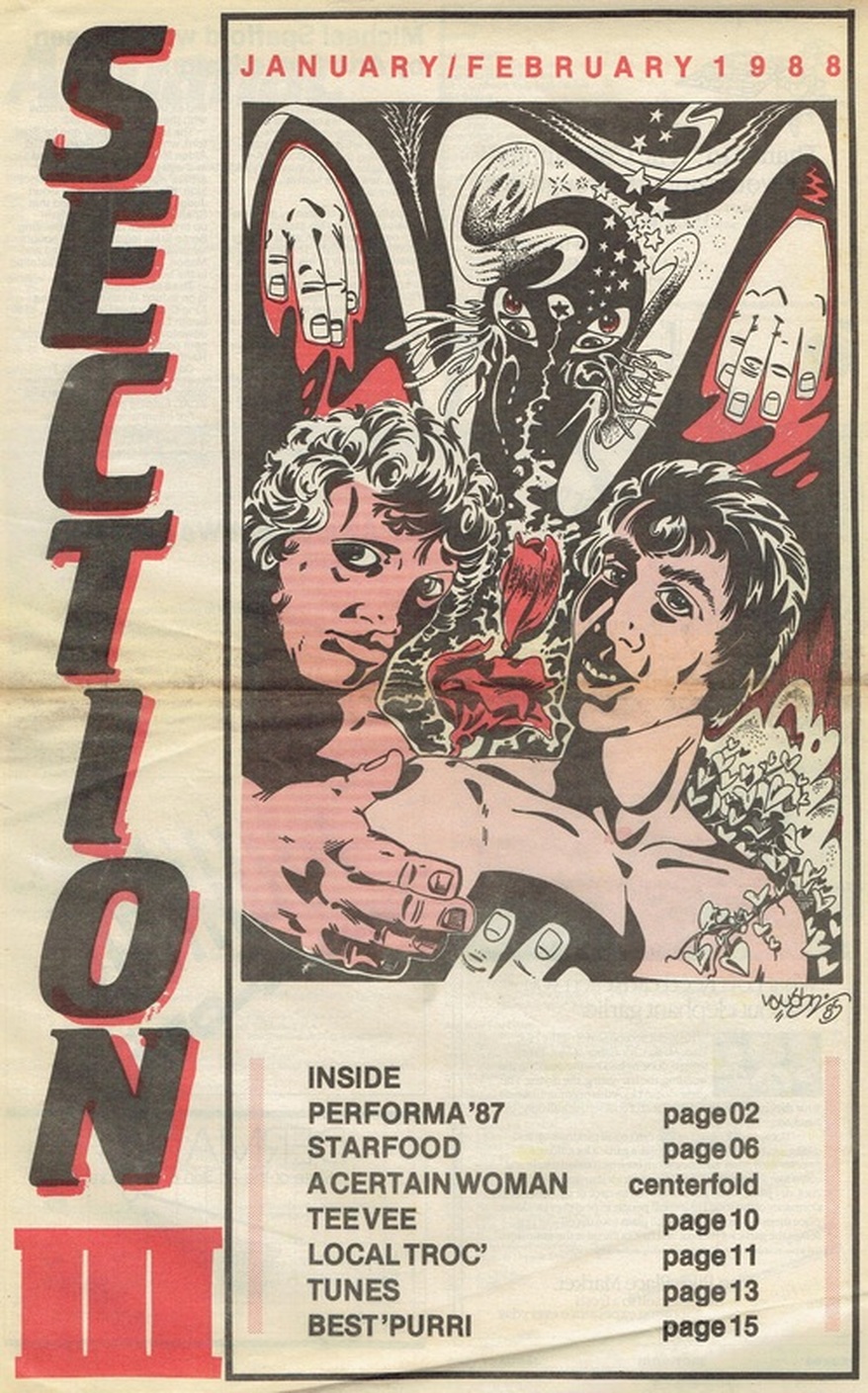 Above is the cover for the arts section "Section 3" of the Seattle Gay News from 1988. 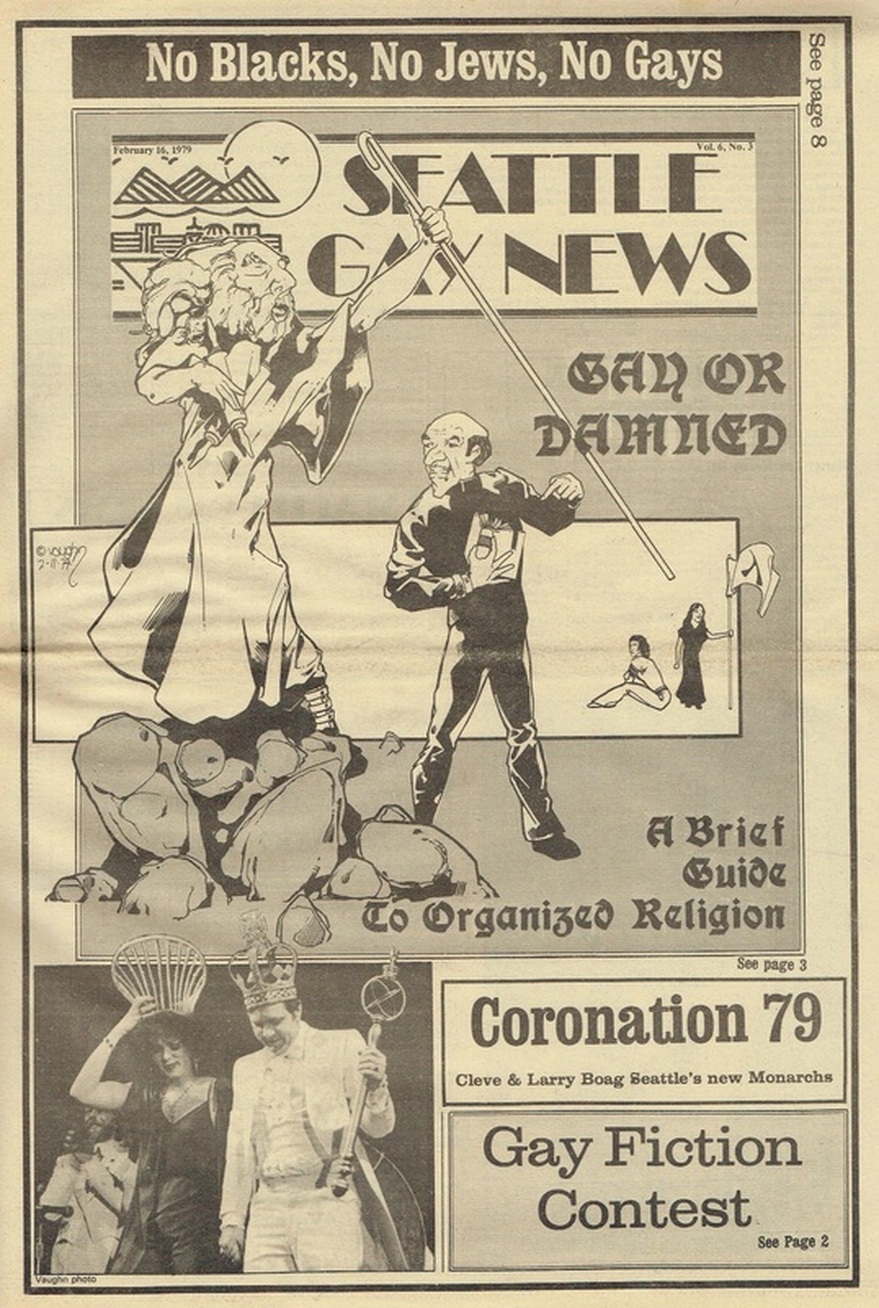 Above is probably the first newspaper cover artwork of mine published.  The artwork is very primitive and very awkward, I was 17 years old when I drew this. This was for the Seattle Gay News from 2/14/1979. Besides the artwork, I designed the cover also, and shot the photograph at the bottom of the coronation for that year's Imperial drag court of Seattle. I also was staff photographer. 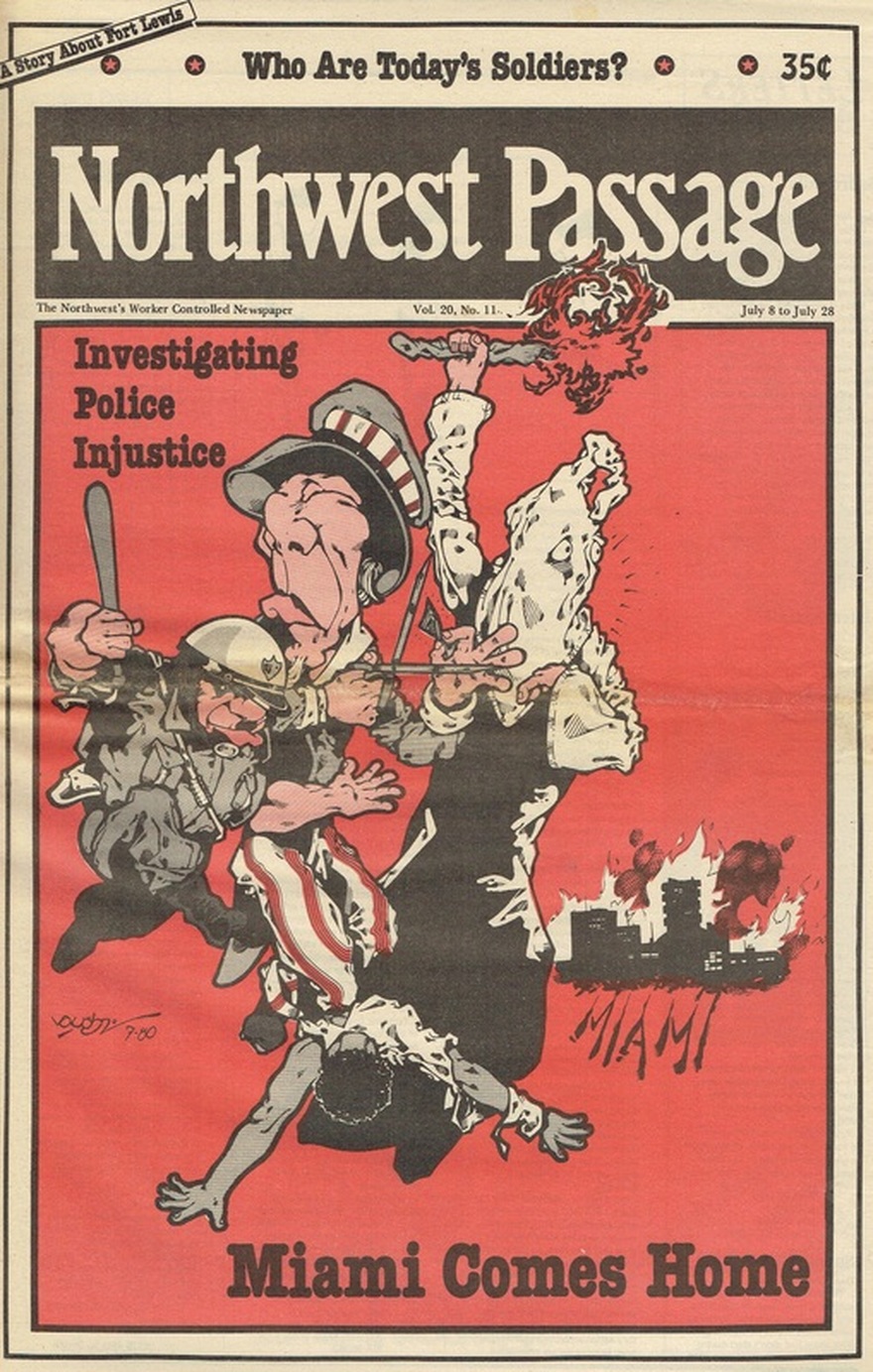 Above is cover art for the Northwest Passage newspaper from July 1980. The cover story was about police violence against African Americans, who again took to the streets to protest. Terrible that this is still very relevant today.
​ 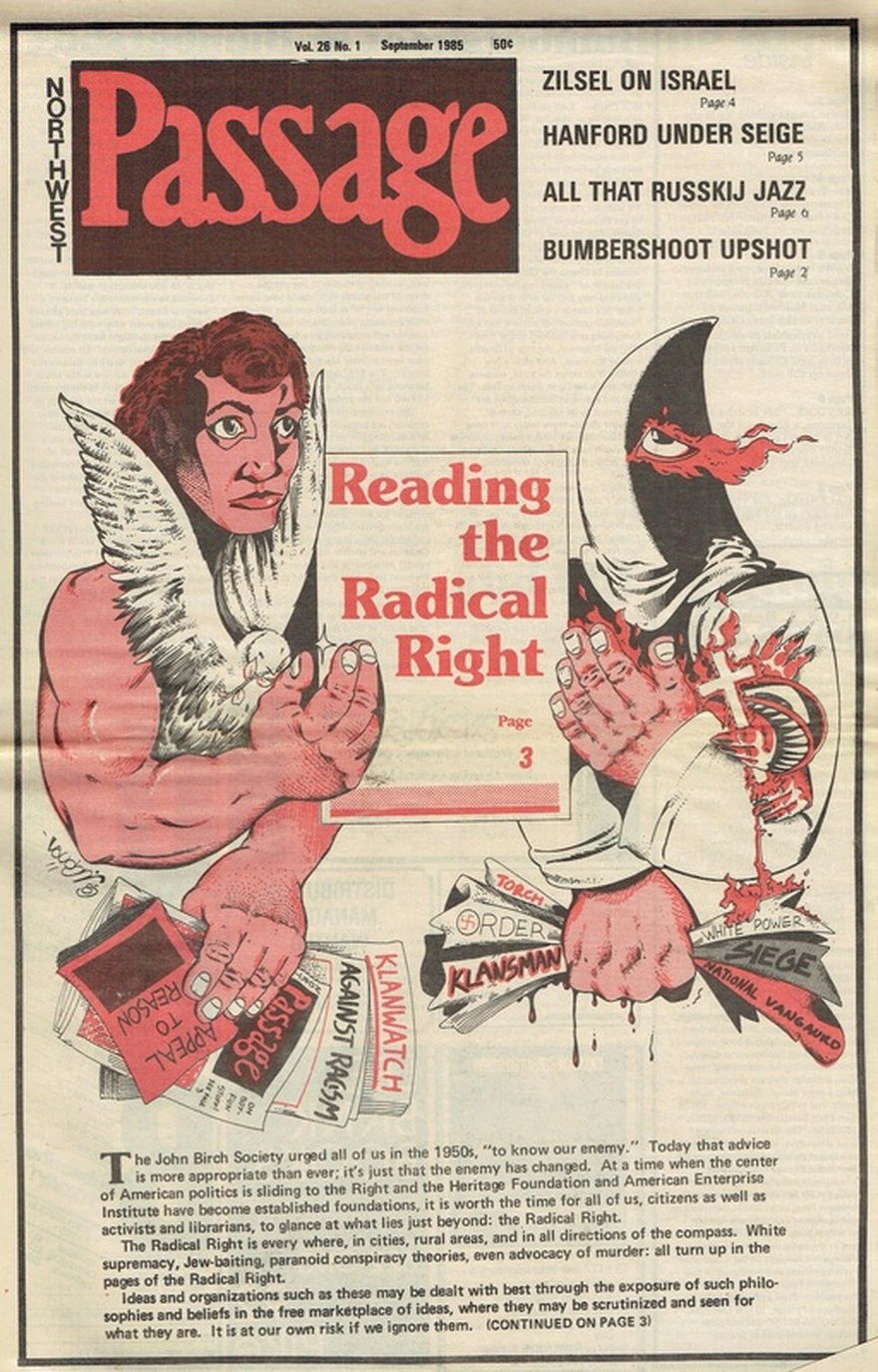 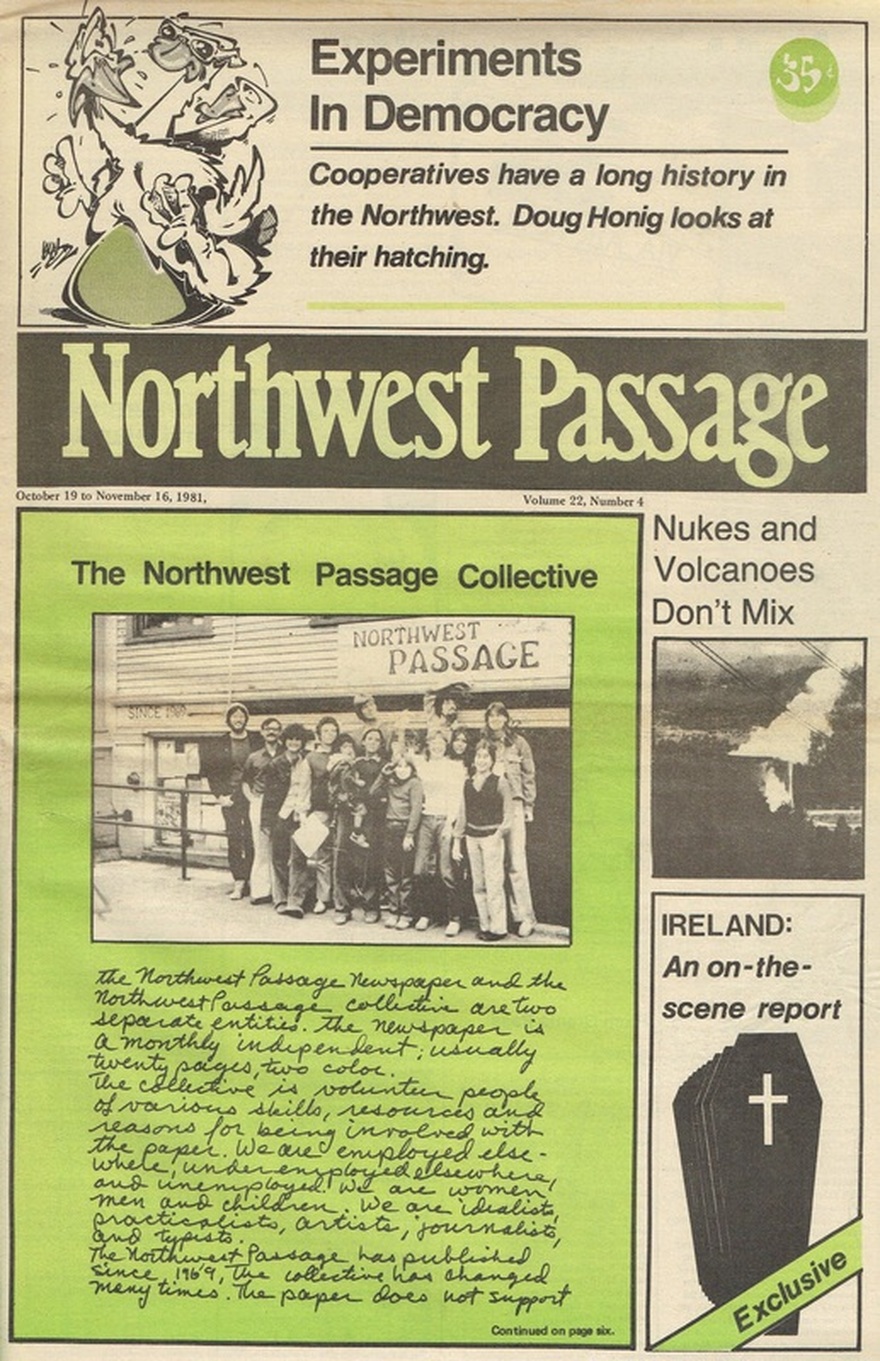 That's me with the dutch boy hair in the back row of the cover photograph. I did enjoy working with a true hippy collective.
​ 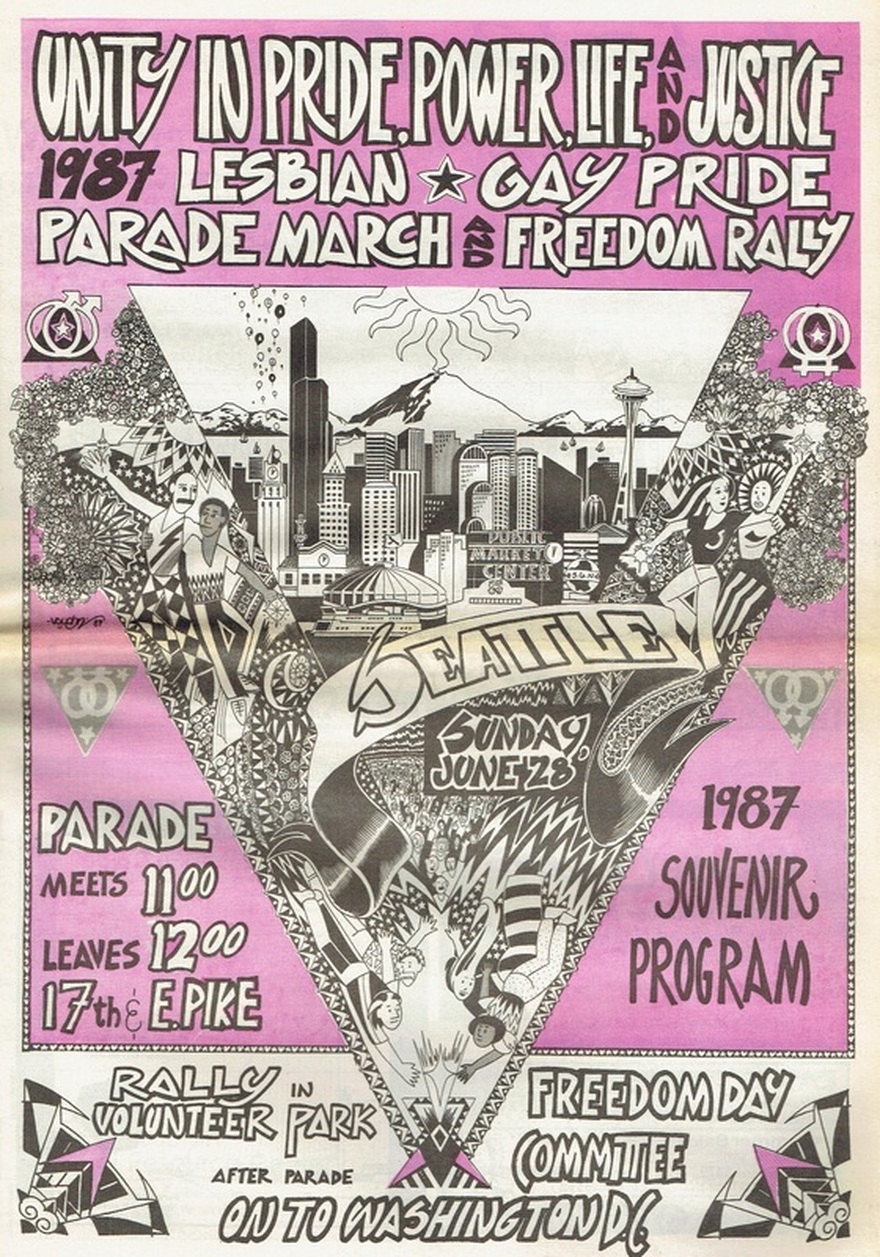 Above is one of the posters I drew for Seattle's 1987 Gay/Lesbian Pride parade, I also was co-chair for that year's parade.